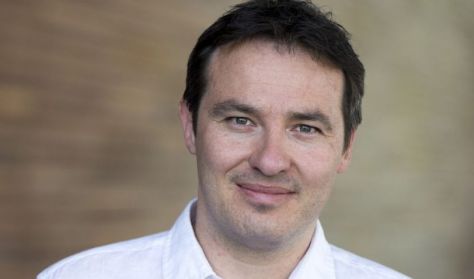 The crusades were an important subject in European literature from the time of Torquato Tasso to that of Gotthold Ephraim Lessing and Walter Scott. Naturally, the era of Romantic opera also had something to say about all this.

The crusades were an important subject in European literature from the time of Torquato Tasso to that of Gotthold Ephraim Lessing and Walter Scott. Naturally, the era of Romantic opera also had something to say about all this. Verdi's early masterpiece I Lombardi is about the First Crusade. The work is an exciting rarity that is worth listening to even though it is not included in any opera house's core repertoire - in this case not least of all because this concert performance at Müpa Budapest will feature a cavalcade of true stars, with world-class vocal soloists taking the stage alongside an outstanding orchestra and chorus visiting from abroad.

Dating from 1843, I Lombardi is Verdi's fourth opera; it was written only a bit more than three years after Oberto, his first one. It is preceded by only a single one of Verdi's "great" operas: Nabucco was written the previous year. It was then followed by a string of five relatively unknown pieces. The next true Verdian repertoire piece, Macbeth, would not be written until 1847. Verdi composed I Lombardi for Milan's La Scala, as was the case with all three of his previous operas. It is an interesting fact that the work's Hungarian première did not take place until 1974. This time, the four-act opera set to a libretto by Temistocle Solera will be performed by a cast of international stars. Portraying the brothers Arvinio and Pagano, respectively, will be the Mexican-American tenor Galeano Salas, grand prize winner of the Third Éva Marton International Singing Competition, and the Italian bass Michele Pertusi, a regular guest at the world's top opera houses. The Sardinian-born Italian tenor Piero Pretty is a dedicated singer of Verdi, but he is no stranger to the bel canto repertoire or the world of Puccini, either. Giselda, the daughter of Arvinio, will be sung by a superb Georgian soprano with an exciting personality: Nino Machaidze. The noted Croatian conductor Ivan Repušić worked in Hannover, Hamburg, Dresden, Berlin and Prague until 2017, when he took over the helm of the Munich Radio Orchestra, an ensemble that was established in 1952.