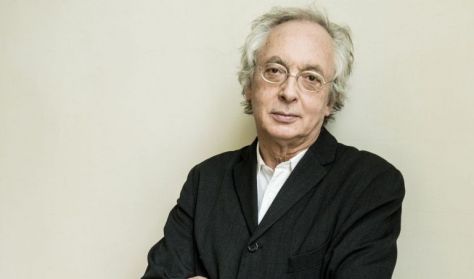 Up until the end of the 18th centuries, it was considered natural to expect composers writing liturgical works to adapt them to the framework of church ceremonies. Beethoven was a rebel in this regard as well: his ceremonial mass is the first piece of church music to break out of the walls of the church in every respect: scale, dimensions…  more

Interpreting the work on this occasion will be one of the greatest conductors of our time, along with a world-class orchestra and choir and four internationally renowned vocal soloists.

Beethoven worked on the Missa solemnis between 1819 and 1823. One of his later works, it is also one of the most important ones of his life. It was performed in full for the first time in Saint Petersburg in April of 1824. The composer dedicated the work to his chief patron and friend Archduke Rudolf, cardinal and archbishop of Olomouc. At the beginning of the manuscript score, Beethoven wrote, "It came from the heart - may it find its way to the heart!" The Ghent-born Philippe Herreweghe is one of the most profoundly thoughtful musicians of our day: he became a conductor after starting out on a career in psychiatry. His choir, the Collegium Vocale Gent, has functioned since 1969 and consists of singers of soloist calibre. The speciality of the Orchestre des Champs-Élysées, which was founded in 1991, is the repertoire spanning from 1750 to the early 20th century. Herreweghe has served as its music director since 2010. In the case of such a work, which like the Ninth Symphony attempts to embrace all of humanity, it is a gesture of profound meaning and symbolism to perform it with musicians from many countries. This is indeed what is being done here, where the Belgian conductor will be heading a team consisting of an Australian soprano, a French mezzo, a German tenor and an Austrian bass-baritone as the four soloists.

For fifty years, this "Sebőfication” has indeed been a process that in its initial phase played a key role in…