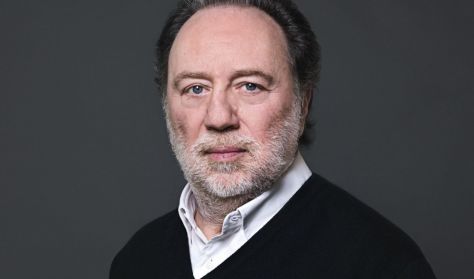 The orchestra of one of the most famous opera houses in Europe is also world class as an interpreter of the symphonic repertoire - and they will prove this fact tonight at a concert featuring a single enormous musical confession.

Mahler: Symphony No. 9 in D major

The orchestra of one of the most famous opera houses in Europe is also world class as an interpreter of the symphonic repertoire - and they will prove this fact tonight at a concert featuring a single enormous musical confession. Gustav Mahler's final completed symphony not only serves as a summary, it also indicates a new path forward for modernity — a path the composer no longer had the opportunity to follow. The conductor for the concert, one of the greatest of our time, was himself born in Milan and is linked to the city and La Scala in a thousand ways.

Mahler composed his Ninth Symphony in 1908/09. The four-movement work, although officially written in D major, handles tonality quite freely: the second movement is in C major, the third in A minor, and the finale in D-flat major. The organisation of the movements is also unusual, as the middle two are faster than the slower-tempoed opening and closing ones. Many people construe the work as the composer's farewell to life. A mecca for opera fans, the Teatro alla Scala, opened in Milan in 1778. Over the years, the building has hosted the world premières of masterpieces by composers such as Gioachino Rossini, Vincenzo Bellini, Gaetano Donizetti, Giuseppe Verdi, Giacomo Puccini, Alfredo Catalani, Arrigo Boito, Ottorino Respighi, Karlheinz Stockhausen and György Kurtág. Likewise, the institution's list of principal conductors includes such figures as Arturo Toscanini, Tullio Serafin, Victor de Sabata, Carlo Maria Giulini, Guido Cantelli, Gianandrea Gavazzeni, Claudio Abbado, Riccardo Muti and Daniel Barenboim. Riccardo Chailly, a former student of Franco Ferrara's at the city's conservatory, made his debut at La Scala in 1978 conducting a production of Massenet's Werther, as an assistant to Claudio Abbado at the time. Boasting a wide repertoire, he is an evocative and virtuoso conductor who has been enthusiastically welcomed at the world's great opera houses and concert halls for decades. He has served as La Scala's music director since 2015.